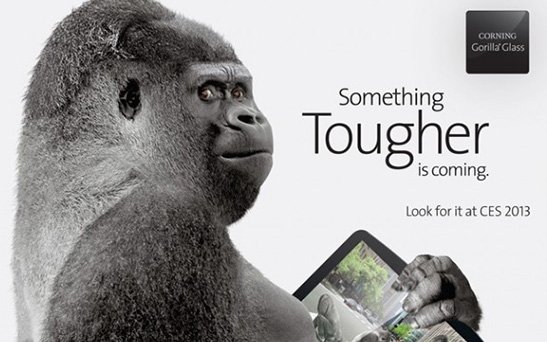 If you own a modern smartphone such as an Android or iPhone, the screen is like protected by a thin sheet of Gorilla Glass, a material developed by Corning Inc. to make these devices more resistant to damage. In fact, over 1.5 billion mobile devices currently use this specialty glass. This month at MIT Technology Review’s Mobile Summit, Corning’s senior vice president Jeffrey Evenson announced that the company has even bigger plans for their product.

In a somewhat unexpected announcement, Evenson announced that Gorilla Glass is currently being developed for automotive applications to replace some window glass in certain vehicles as soon as next year. With auto makers constantly striving to make their vehicles tougher, lighter and more fuel efficient, Gorilla Glass offers a unique opportunity to enhance every one of those goals.

With each new generation, the ability of Gorilla Glass to resist damage has grown in leaps and bounds (the 3rd and current generation is 3 times as tough as the last). Not only is it stronger than traditional glass, it is also chemically strengthened which results in an even tougher material that is less brittle and extremely durable. It is also very light, and Corning states that by replacing traditional window glass with Gorilla Glass, vehicles will weigh less, have a lower center of gravity, and even see increased fuel economy. To what extent remains to be seen, however. Another benefit of Corning’s flagship product is its ability to dampen sound, so on top of those benefits we just covered, vehicles using Gorilla Glass windows will actually have a quieter interior.

Gorilla Glass has to deal with many compromises for mobile devices, but the largest hurdle is the scale required for handheld electronics – it must be extremely thin. For automotive applications, the Gorilla Glass would likely be manufactured with a thickness similar to current window glass, which means its durability and sound-deadening features will be greatly enhanced.

So, when should we expect to see this product installed on production vehicles? Corning says that by 2014 we should already see Gorilla Glass being offered on vehicles from at least one high end manufacturer, although they did not say which manufacturer it will be. While this material will certainly not replace current window glass any time soon, it’s a move toward bringing new technology into the world of auto glass that benefits the vehicle’s owner in every way. Corning has also been hard at work on flexible glass, dubbed “Willow Glass”, which also may have future applications in the auto industry. In the meantime, we’re keeping our ear to the ground to find out where this goes.