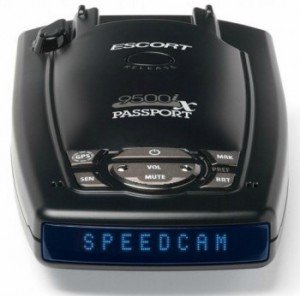 Everyday drivers and truckers use radar detectors for many reasons, but it’s important to remember that a radar detector is not a license to speed. These devices help keep you aware of your speed and your surroundings, and should be considered an investment that helps you drive more safely.

That being said, technology is always moving forward and today’s radar detectors are far more versatile than those from the past. Sporting increased range, sensitivity and a multitude of features, these are our top radar detectors for 2013 based on value and capability. 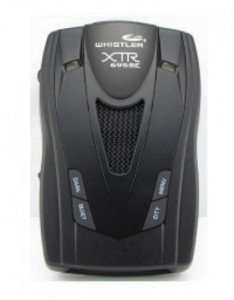 Whistler makes a great product, and delivers yet again with the XTR-695SE. At around half the cost of our other top picks, this model offer great value to the consumer who needs a reliable product without emptying their checking account.

Whistler’s Ka Radar Signal Identifier (RSID) feature displays the Ka band frequencies commonly used by police radar guns, including 33.8GHz, 34.7GHz and 35.5GHz. When the unit displays one of these frequencies, you’ll be able to react appropriately. If the Ka alert is trigger and no frequency is displayed, the signal is likely not from a police radar gun.
This unit also features a Laser Signal Identifier (LSID), that differentiates between Laser-assisted cruise control, laser speed guns and other signals.
Also included is a voice alert feature, which is perfect for letting you know what type of signal is detected without having to take your eyes off the road.

Overall range and sensitivity, however, are not up to par with our other two picks. 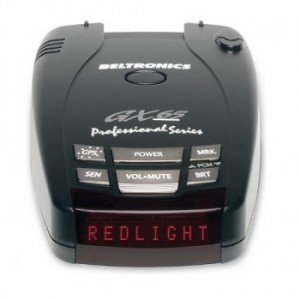 Beltronics delivers an exceptional radar detector in the GX65, definitely one of the best available on the market in terms of range, sensitivity, and features.

One of the most notable of those features is the built-in GPS which has become increasingly popular with every passing year. Don’t get too excited though, the GPS is not intended to assist you with finding your destination, its purpose is to allow the unit to mark locations of speed traps and fixed traffic cameras. These locations can be entered manually by you, or automatically if you subscribe to updates from Beltronics.

Another stand-out feature of the GX65 is Instant-On detection. Some radar guns emit a constant signal that is easy to detect, but others are able to remain idle and undetectable, then send a pulse signal to determine a vehicle’s speed. Make no mistake, the Instant-On feature will not prevent you from getting ticketed, because by the time the pulse is sent and the GX65 alerts you of the signal, your speed will already be known to the officer. However, if the radar gun pulse is targeting another vehicle around you, the Instant-On detection will pick up the signal and allow you a brief moment to reduce speed.

Law enforcement seldom use the X band anymore, so Beltronics has added the ability to disable one or more bands which can help reduce false alerts from signals that aren’t coming from police radar guns or traffic cameras. Also, like all of our top picks, the GX65 also features voice alerts.
Overall, not the best out there, but certainly worth the investment.

As far as consumer radar detectors go, the Escort Passport 9500ix is without a doubt the most capable and feature-packed unit on the market for your money.

As stated previously, X band is rarely used by law enforcement, but is used by many other devices like motion sensors, automatic door openers and security systems. The AutoSensitivity feature of the 9500ix is able to identify the majority of these false alert signals automatically if they are shared on the X and K bands, and filter them out so you aren’t presented with irrelevant information. As with the Beltronics detector, the Escort will let you disable X band if you wish since it’s the most common source of false alarms.

Laser guns are also becoming more common these days, and the Escort is prepared for them. Police laser guns emit an extremely narrow beam to measure speed unlike radar guns that produce a wide beam. The narrow beam makes these laser guns much harder to detect, but the Escort is still able to identify them, although with less notice than a radar signal.
On many occasions there will be more than one radar or laser system in an area. The Escort 9500ix is equipped with a multiple threat feature, so if it picks up signals across two bands such as K and Ka, the display will show you both threats at once.

The Escort is also equipped with a GPS system that maintains a database of speed traps and traffic cameras, and will alert you when you approach any of these locations so you have time to adjust your speed if necessary. This database can be easily updated by downloading updates from Escort and loading them through a USB connection. AutoLearn is another exclusive feature of the 9500ix. If a signal is detected at the exact same location three separate times, the signal is recorded and blocked as a false signal.
Overall, the Escort Passport 9500ix is one of the best radar detectors available on the market. It’s packed with features, and the signal range and sensitivity are exceptional. Not only do we highly recommend this unit, you can find the 9500ix right here at DeDona!